3. The easiest thing at school is…

4. The thing I find hardest is…

Hi guys, I’m thinking about supporting Zihan on his first day of Ramadan. Ramadan is a muslim celebration where you fast for a month and only eat when it is dark outside. Ramadan starts on the 19th of June, that’s this Friday!!!  I’m thinking about fasting this Friday with Zihan. I’m gonna question Zihan about the customs tomorrow. What do you think? Do you want to fast this Friday too? Post a comment if you want to share your opinion.  If you want more information about Ramadan either go to Zihan or go to this website: The unknown soldiers took part in WW1 and gave their lives for their country at the battle of Gallipoli and many others. The unknown soldiers tomb/monument is made of  black marble with a single unknown soldiers remains inside.The New Zealand Tomb of the Unknown Warrior is at the National War Memorial in Buckle Street, Wellington. The remains of the Warrior, one of the 18,166 New Zealand casualties of World War I, were exhumed on 10 October 2004 from the Caterpillar Valley Cemetery, near where the New Zealand Division fought in 1916 (on the Somme).

The Warrior arrived in New Zealand on 10 November 2004. While he lay in state in the Parliament Buildings an estimated 10,000 people paid their respects. The Warrior was laid to rest on the 86th Armistice Day, 11 November 2004, after a service at St Paul’s Anglican Cathedral and a 2.85 km slow march procession through the streets of Wellington, lined by about 100,000 people. The Tomb was sealed with a bronze mantel at 3:59pm, bearing the words:“An Unknown New Zealand Warrior

He Toa Matangaro No Aotearoa

Who is the unknown soldier?

We don’t know his name, we don’t know who he was, we don’t know exactly how he died.  After World War I, a movement began to honor unidentified soldiers with a single tomb that would contain the body of a single unknown soldier.

All throughout history, millions of soldiers have died in battle in countless wars. Whenever possible, their remains are identified and sent home, so that their families can give them a proper burial.This poor soldier was never identified.

Kittens are totally dependant on their mothers for survival and do not normally open their eyes for 7 to 10 days. After about 2 weeks kittens will quickly develop and start to explore the world outside the nest after a further 3 or 4 weeks they will begin to eat solid food and grow adult teet 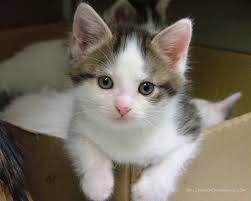 And now a few facts about cats:
Cats are one of, if not the most, popular pet in the world. There are over 500 million domestic cats in the world. Cats and humans have been associated for nearly 10000 years. Cats conserve energy by sleeping for an average of 13 to14 hours a day. Cats have flexible bodies and teeth adapted for hunting small animals such as mice and rats. A group of cats is called a clowder, a male cat is called a tom, a female cat is called a molly or queen while young cats are called kittens. Domestic cats usually weigh around 4 kilograms (8 lb 13 oz) to 5 kilograms (11 Lb 0 oz). The heaviest domestic cat on record is 21.297 kilograms (46 lb 15.2 oz). Cats can be lethal hunters and very sneaky, when they walk their back paws step almost exactly in the same place as the front paws did beforehand, this keeps noise to a minimum and limits visible tracks. Cats have powerful night vision, allowing them to see at light levels six times lower than what a human needs in order to see. Cats also have excellent hearing and a powerful sense of smell. Older cats can at times act aggressively towards kittens. Domestic cats love to play, this is especially true with kittens who love to chase toys and play fight. Play fighting among kittens may be a way for them to practice and learn skills for hunting and fighting. On average cats live for around 12 to 15 years. Cats spend a large amount of time licking their coats to keep them clean. Feral cats are often seen as pests and threats to native animals. read more at:Fun Cat Facts for Kids – Interesting Facts about Cats & Kittens.

if you have a new born kitten please read this next short paragraph.

During the first few weeks of life, a kitten’s primary concerns are feeding, keeping warm, developing social skills and learning how to excrete on his own. In most cases, humans will simply watch the mother cat perform her duties. However, if the kitten in your care has been separated from his mother or if the mother cat has rejected her young or cannot produce enough milk, caring for him is up to you.How Do I Feed a Newborn Kitten?

A mother cat’s milk provides everything a kitten needs during the first four weeks of life. If you have newborn kittens who’ve been separated from their mother, consult with a veterinarian, shelter or experienced foster care giver who can help you find a new mother cat with a small litter-she may be able to nurse the orphaned babies. If you cannot find a foster mother, please consult with your veterinarian about the proper way to bottle-feed with a commercial milk replacer. Please do not offer regular cow’s milk to cats of any age. It is not easily digestible and can cause diarrhea.What Do Kittens Eat Besides Milk?

When the orphaned kittens are three to four weeks old, begin to offer milk replacer in a shallow bowl, then introduce a moist, easily chewable diet. You can make gruel from warmed milk replacer and a high-quality dry or canned kitten food. Serve it in a shallow bowl and feed the kittens several times each day. By five weeks old, they should be getting used to their new diet. By six to seven weeks old, they should be able to chew dry food and you’ll no longer need to moisten it. Kittens are typically fully weaned by around eight weeks of age.

Kittens need large amounts of energy–about two to three times that of an adult cat. Food for your kitten should contain at least 30% protein. Make sure the food you offer is specifically formulated for kittens.How Often Should a Kitten Eat?

The following is a general eating schedule for newborns and young cats:Newborn kittens may nurse about every 1-2 hoursAt about three to four weeks old, they can be offered milk replacer from a bowl and then small amounts of moistened kitten food four to six times a day.Kittens from six to 12 weeks old should be fed four times a day as you gradually decrease their access to milk replacer.Kittens from three to six months old should be fed three times a day. Learn more at: Healthy Cats Guide: Caring for Your Kitten – Pets – WebMD.

Do you think you could write a info gig longer than this?

It took me years to master FNAF one and even longer to master FNAF two and three. God I will never forget all those jump scares and close calls. Anyway, from time to time I go to bed and I mistake any people who are walking, as they walk round the corner I peep out the window for the animatronic murderers, but its always a false alarm. I regret ever playing FN- no wait… I regret ever laying my eyes on my friends screen. I am officially scared for life. I bid you good luck. farewell…

Bloging is super easy!!! all you gotta do is log into your blog go to posts click on add new and type in what you want to say! 
adopt your own virtual pet!

adopt your own virtual pet!

adopt your own virtual pet!

↑ Back to the Top
Skip to toolbar